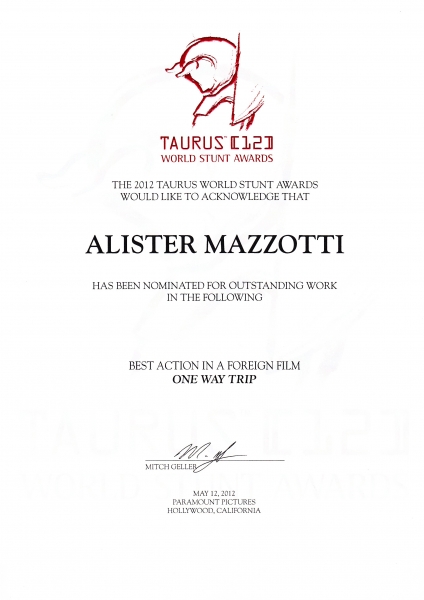 Alister has been nominated for this year’s Taurus World Stunt Award in the category ‚Best Action in a Foreign Film‘ . This is for the action choreography Alister created with his team for the movie ‚One Way Trip‘ !
Thank you to all the crew and producers that made it happen.